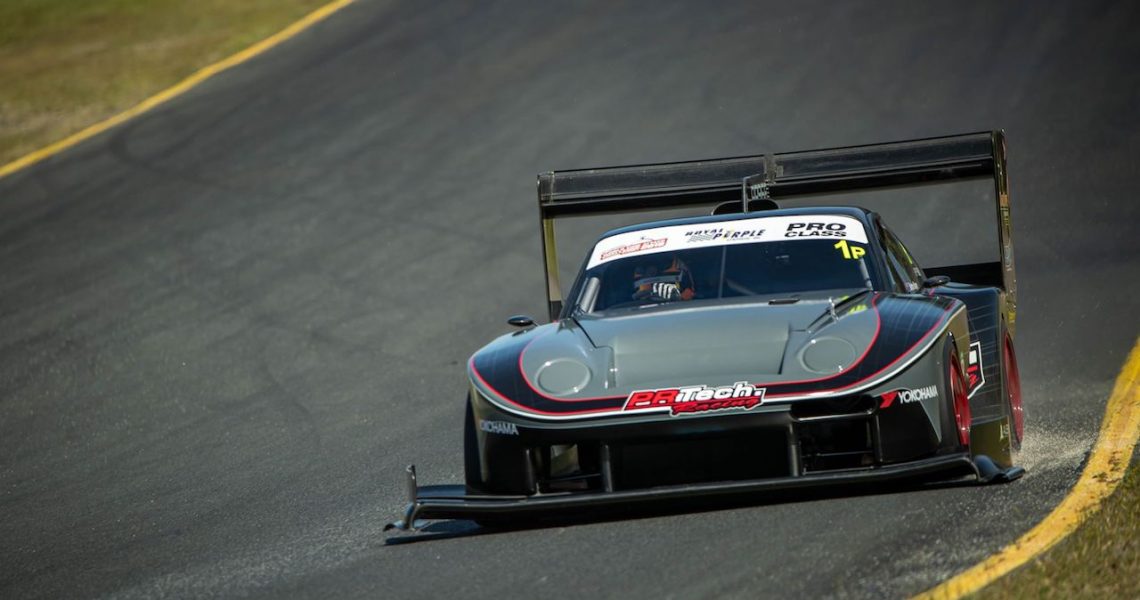 Barton Mawer’s lap record at Sydney Motorsport Park has been set during the World Time Attack Challenge while driving the Porsche RP968. It is one the fastest ever laps recorded in any motorsport vehicle at the racetrack by a racing driver.

Barton reset reset the outright WTAC lap record by 0.548 seconds. That puts the team exactly 0.135 seconds away from taking the overall lap record for this racing circuit configuration, made even more impressive was the lap is done without slick racing tyres.

The current lap record at SMSP is held by Nico Hulkenberg from Germany in an A1 Lola Zytek open wheel racing car doing a 1.19.142 back in 2007.

The WTAC Superlap Shootout took place in very testing conditions, with strong winds and a few showers around the area giving competitors an extra degree of difficulty as they pushed to find time in their flying lap.

Ever the racing driver, Barton Mawer stepped out of the RP968 Porsche 968 following a last gasp effort to beat his own record. While he dipped into 1:19s again he couldn’t extend his Pro Class lap record.

“I was finally flat through turn one, so I was certainly hopeful to go quicker, and we wound up everything to do it, but the conditions weren’t really there. Still, we’re very happy to win,” he said.

“When Rod [Pobestek] had the vision [for RP968] initially, the idea was to break the outright [track] record. Some people scoffed, but we’re so close now! It’s a credit to Australian engineering. We really can do some good work here.”

The final results for the Pro Class