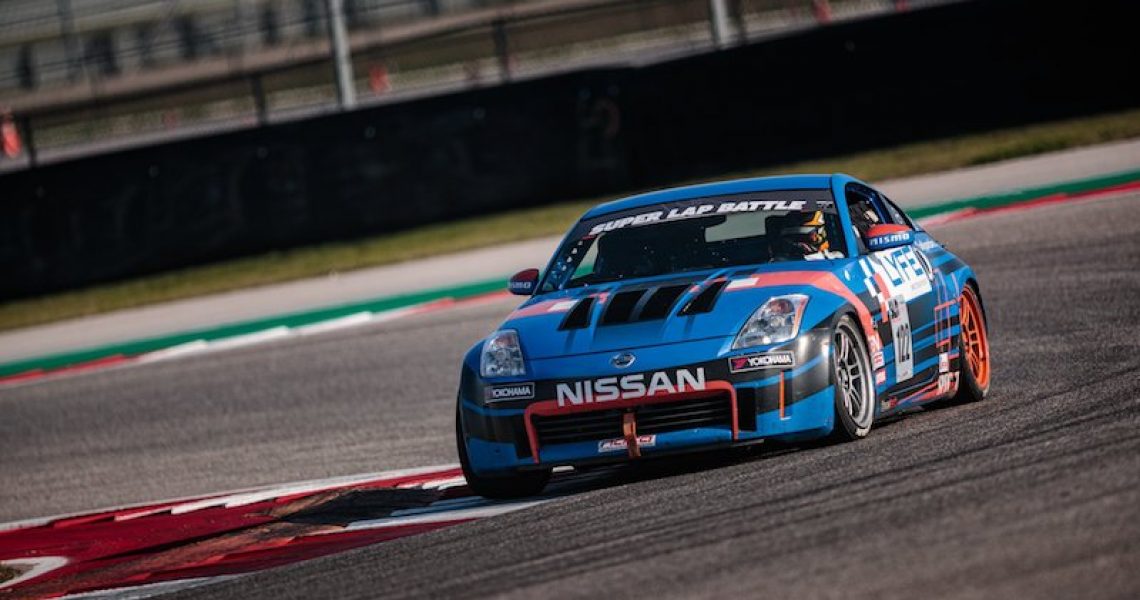 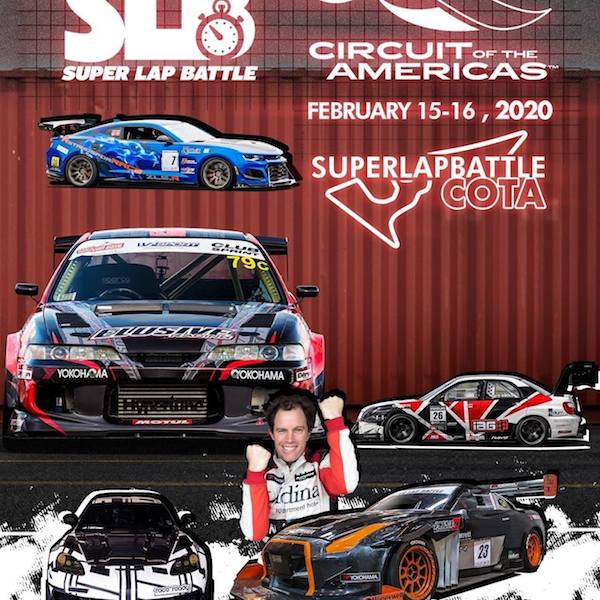 Barton Mawer at Super Lap Battle 2020 – Off the back of his last 2 wins at World Time Attack Challenge at Sydney Motorsport Park, organisers of the North American equivalent, Super Lap Battle invited Barton to compete at the impressive Circuit of the Americas in Texas.

Initially they were hoping to bring the Porsche RP968, when that was not possible a local car was sourced for his entry. Lyfe Motorsport won the inaugural Super Lap battle in 2019 with their own built and developed Nissan GTR.

Back to defend their title, they also brought along their regular Nissan 350Z for Barton to steer. While it was not an outright competitive car, Barton managed to place the car 6th in Unlimited class with a 2:29.261.

“It was such an impressive experience. The circuit is amazing, and for its second year running as an event, Super Lap Battle carries the same excitement and inclusion of many car cultures as WTAC in Australia does”

Lyfe Motorsport had major reliability issues with their Nissan GTR which prevented lead driver Cole Powelson from defending his title. The weekend also saw Barton re unite with fellow Australian John McInnes who was competing in his new Porsche 991 GT3 RS.

“I used to do some instructing with John in the Radical when he was competing in Australia. So to spend the weekend as his team mate with Lyfe Motorsport was really special”

Barton shared the Nissan 350Z on the first day of competition with American motoring TV star Aaron Kaufman. With their combined enthusiasm, the number 122 Nissan was attracting lots of attention.

“What is impressive with Aaron is how hands on he is. He does so much work himself in his shop I can see why he relates so much to Cole Powelson. With my experience at Mawer engineering as a fitter and machinist we all shared the same passion of making cars then driving them as fast as we can. I really enjoy that aspect of Time Attack”

The fun did not stop at the event for Barton. On the Monday after the Lyfe Motorsport team were at the Rally Ready ranch in Texas testing the Sierra RX3 car. It is a product Lyfe motorsport has developed, built and promoted as a growing series from fun vehicles to their rally cross style events to competing at Pikes Peak.

“Dave Carapetyan is such a character and to see his set up at Rally Ready was mind blowing. Any car mad person’s dream. Over 6 miles of dirt track on 137 acres, fleets of rally cars, a 2 story base house and a rescue dog unit!”

“The Sierra RX3 was so much fun to drive. It was seriously the most fun I have had on 4 wheels in a long time”

The organisers are already in discussion with Barton to return in 2021. And trying to place him in a more competitive car to become the first Australian to win super Lap Battle. 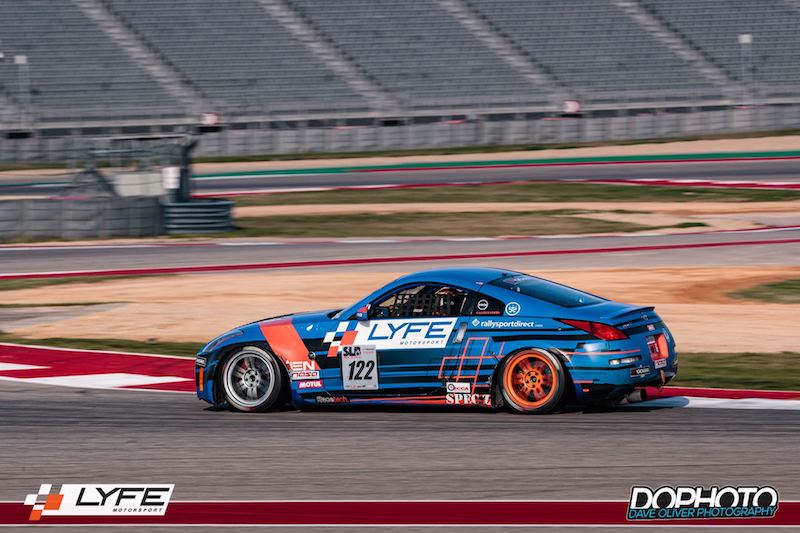 Barton Mawer drives at the Super Lap Battle at Circuit of Americas in a Nissan 350Z prepared by 2019 winners Lyfe Motorsport.