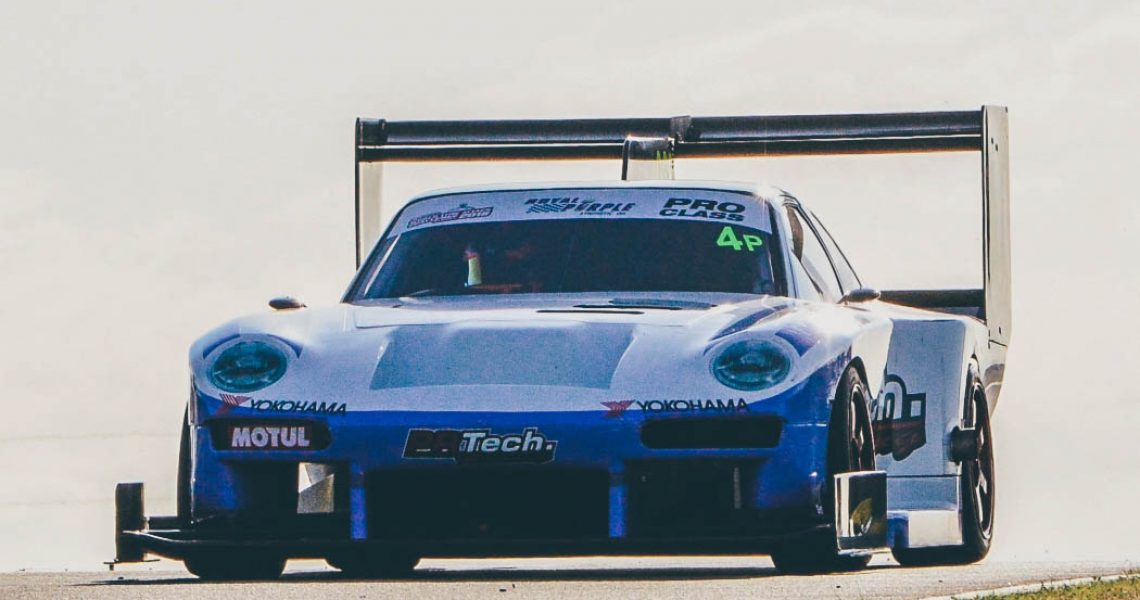 After two previous WTAC attempts driving a car that wasn’t suited to the single flying lap discipline, Barton drove a purpose-built Porsche RP968 to within a second of winning the seventh edition of the international event.

The car, owned by Sydney enthusiast Rod Pobestek, is modified almost beyond recognition by Porsche specialist workshop PR Technology. Its turbocharged 3-litre engine pumps out 630kW (850bhp) – more than double the power of the Lotus Exige GT3 endurance racer that Barton drove in the 2013 and 2014 WTACs. And its fabricated suspension, upgraded brakes and sophisticated aerodynamics are tailor-made for time attack competition.

Despite minimal pre-event testing, Barton sliced 3.762 seconds from the car’s best lap time on debut at last year’s WTAC. After Friday morning’s two 15-minute timed sessions he led a three-way battle for outright honours with a fastest lap of 1min. 25.03sec. around the 3.93km ‘Gardner’ layout.

He reduced that time to 1min. 24.03sec. in the afternoon’s two sessions, and finally to 1min. 23.038sec. in Saturday’s last-gasp Top 5 Superlap Shootout. That was only 0.846sec. short of the 1min. 22.1920sec. recorded by Supercars driver Tim Slade in a Nissan Silvia S13 earlier in the day. But it was enough to relegate Japanese time attack legend Tomohiko ‘Under’ Suzuki (Nissan Silvia S15) to third place by 0.093sec.It also undercut the previous WTAC outright record by 0.732 seconds.

All things considered, Barton was satisfied with his first competitive WTAC drive.

“Naturally we’d like to have won, but realistically a place on the podium was as good as we could have hoped for,” he said. “WTAC’s competition level is incredibly high now. The top teams work all year on their cars just for this event, and drivers of the calibre of Tim Slade, Under Suzuki and Nobuteru Taniguchi push them to the limit. I can’t complain, considering we beat the existing record!”

Barton added that it was a challenge to fine-tune the RP968’s engine, suspension, brakes and aerodynamics in the limited time available.

“This was only the car’s second race meeting, and a lot work had been done on it since last year’s WTAC, so we were almost starting from scratch again,” he said. “Normally when you’re developing a car you make one adjustment and try it on the racetrack, then make another adjustment, and so on. But there wasn’t time to do that here, so sometimes we changed a bunch of things – the engine mapping, suspension and brake settings – between the timed runs.

“While I was trying to drive the car as fast as possible, I also had to concentrate on what difference each adjustment had made. Then I reported back to the engineers so they could make more adjustments for the next run.

“We made some big steps this year, but there’s plenty of potential left for 2017!”

Barton’s task wasn’t made any easier after the RP968’s front bodywork came adrift at top speed down the main straight during Thursday’s unofficial practice sessions. Fortunately the massive carbon fibre cowling was repaired in time for Friday’s timed runs.

“Losing the bonnet was a bit scary, but I managed to keep the car on the track and no other harm was done,” he said. “It happened after we made some modifications to the front bodywork, and it created a weakness we were unaware of.”

Driving the hyper-powerful Porsche was a revelation even for a driver with Barton’s extensive motor racing experience.

“These cars are unreal,” he said. “My best lap in the RP968 was nearly five seconds quicker than the Sydney Motorsport Park GT3 lap record, and close to eight seconds under the Supercars record! One of the best things about them is the range of technologies. It’s the opposite of many motor racing categories that have pretty much identical cars to make the racing close.

“It was also interesting that rear-drive cars took the top four placings ahead of the first all-wheel-drive one. The RWDs weigh less than the AWDs, and the downforce from their big front wings helps to make up for not having front-drive.”

“You’re on a knife-edge every time you go out onto the track,” he said. “There’s no margin for error, because if you make even a tiny mistake you have to abort the run, go back to the pits, wait for everything to cool down, and then try again. I love that kind of pressure. It’s like qualifying for a race, except that qualifying is the race!

“Thanks to Rod Pobestek for asking me to drive the RP968, and to PR Technology and their associates for building such an amazing car.” 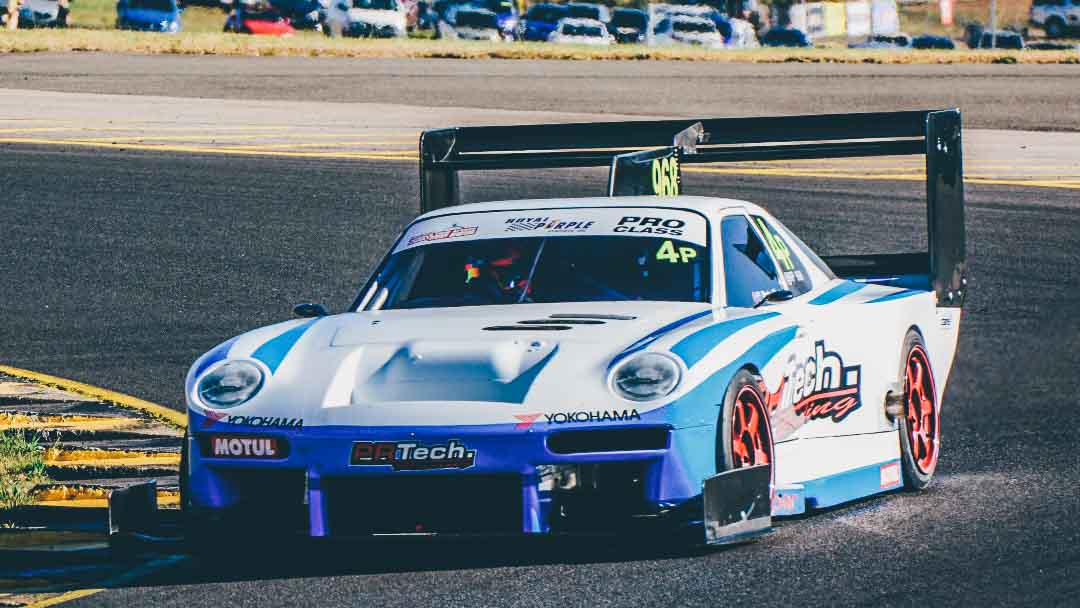 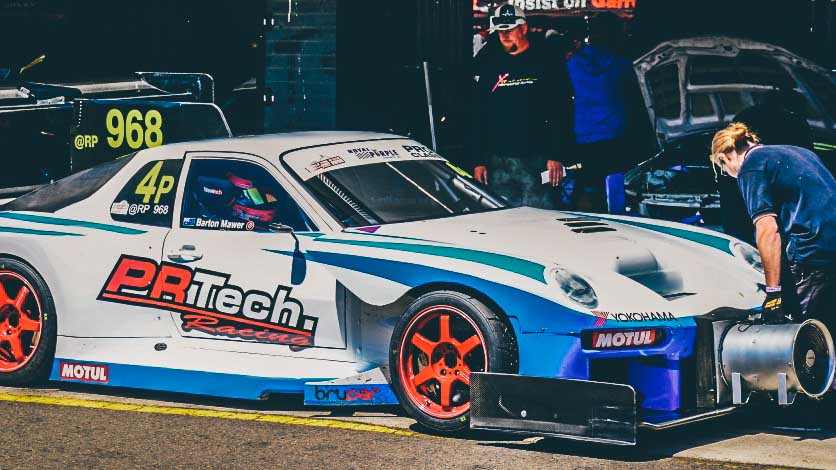 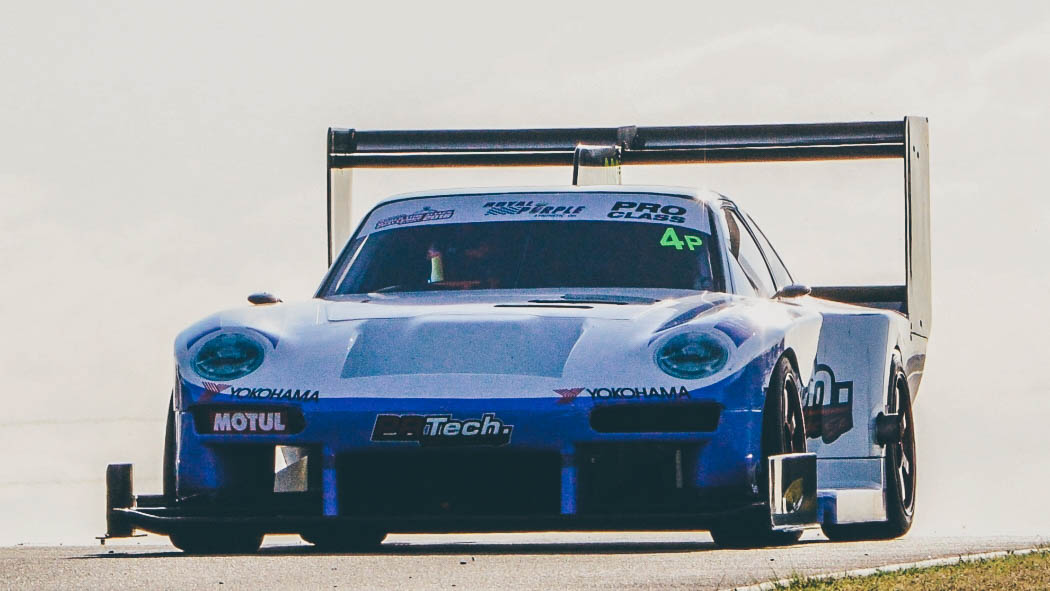