For many people that quote is an understatement when they learn more about Barton Mawer. It isn’t too often you meet a racing driver that demonstrates humility combined with a welcoming smile. Barton has done that for many years in Australian and overseas with experience racing open wheelers, touring cars, GT racing cars and more. After 20 years in the industry he know mixes his driving with coaching, team management and brand ambassador activities.

A little more about Barton Mawer and his favourite things;

Read on to learn more about Barton Mawer. 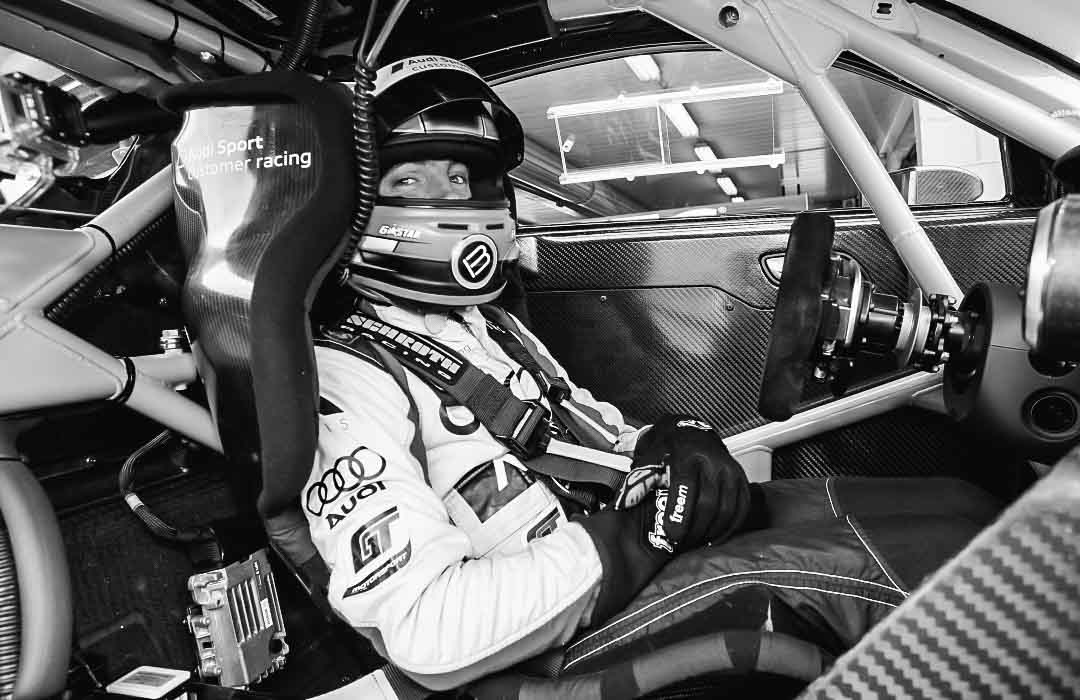 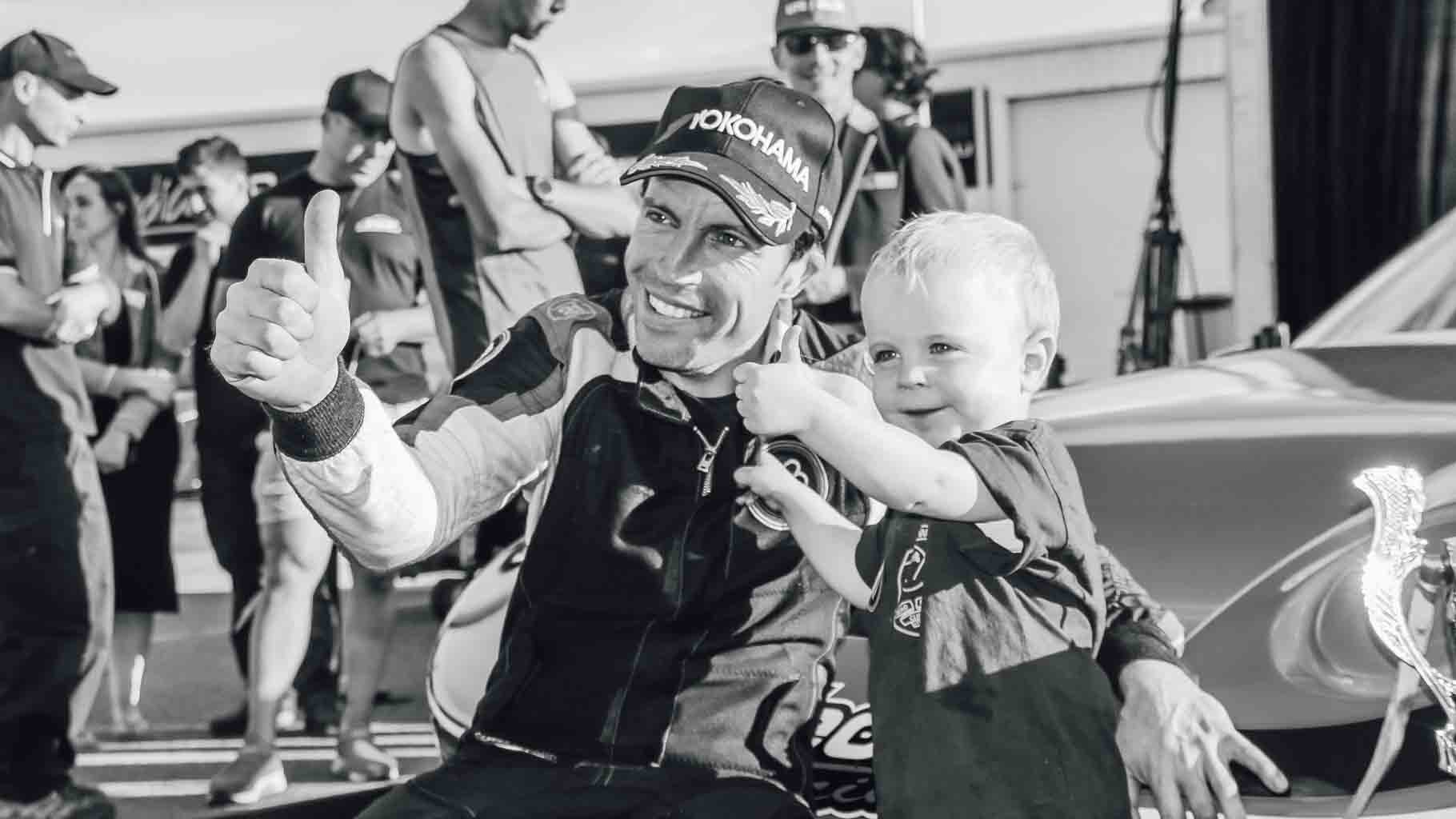 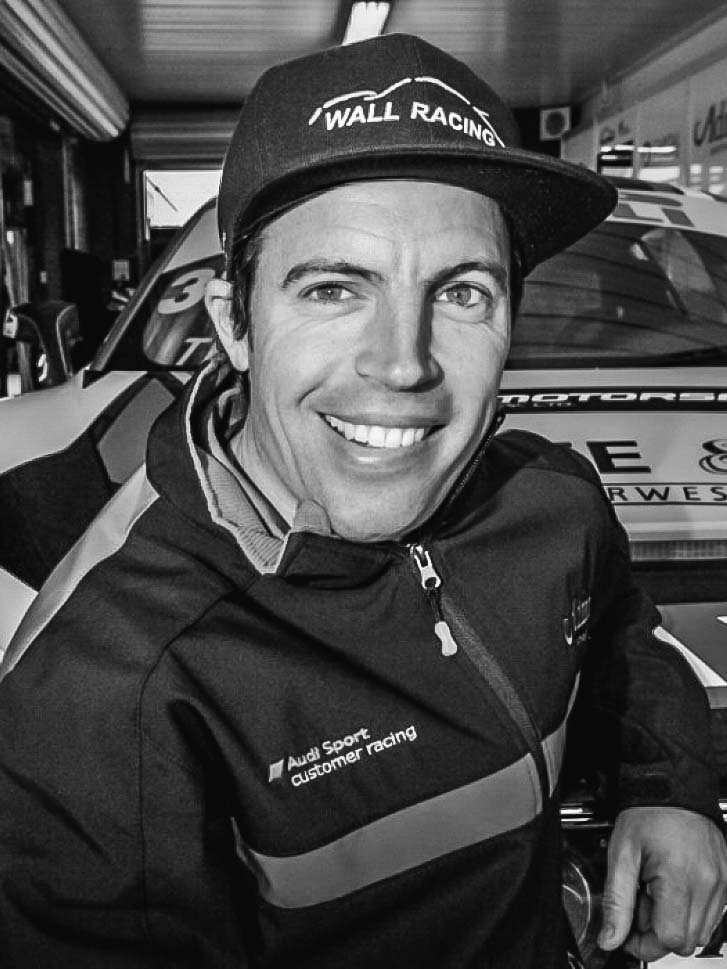 "The Mawer name represents over 50 years of motorsport experience"

The Mawer family has been involved in motorsport since the late 1900’s with Barton’s father, David Mawer, a respected Australian racing car constructor and engineer. That tradition continues with Barton’s wife, Paige, the secretary of NSW Road Racing Club and an active motorsport competitor too. While little Jasper attends most race meetings as well. 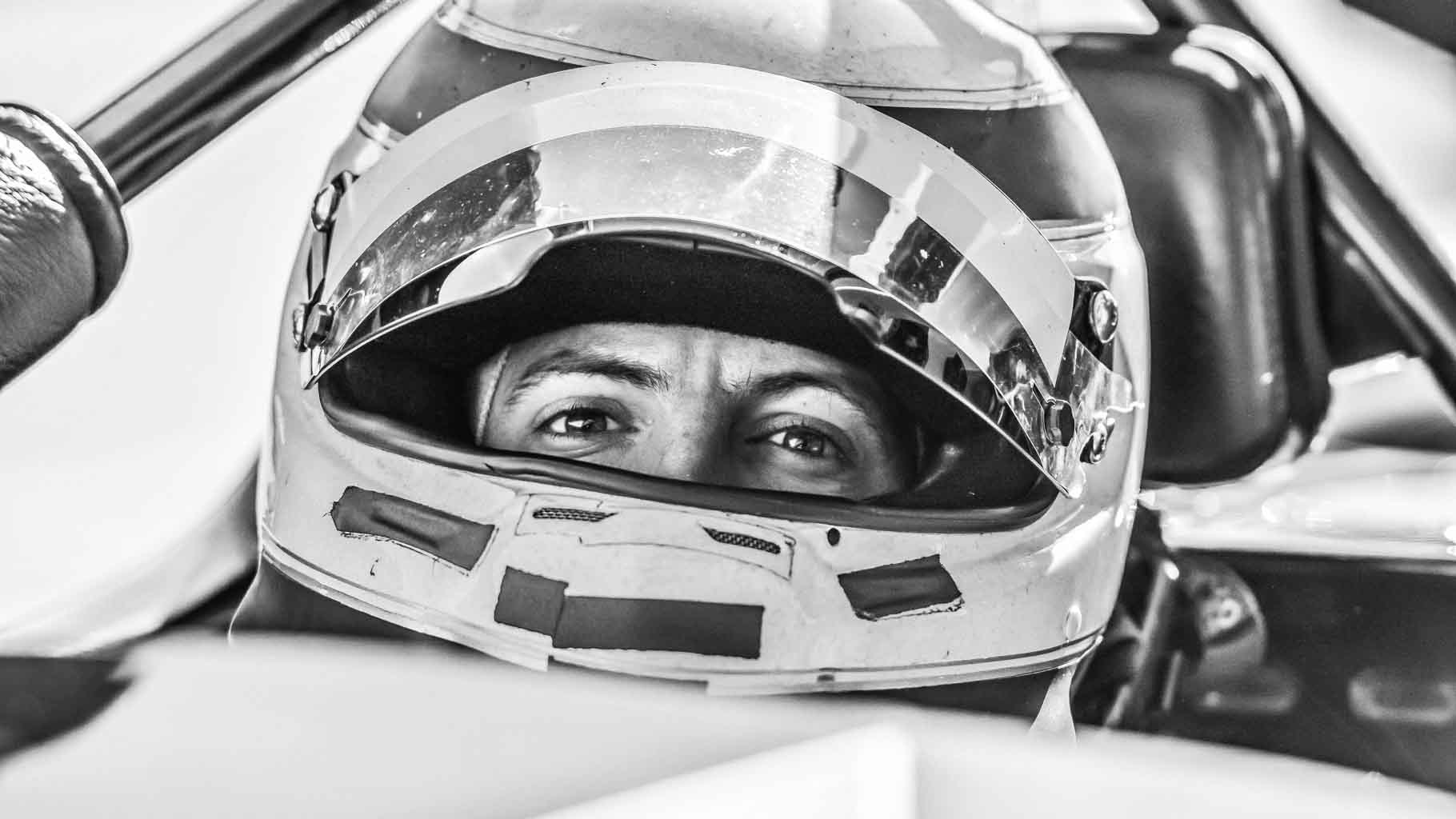 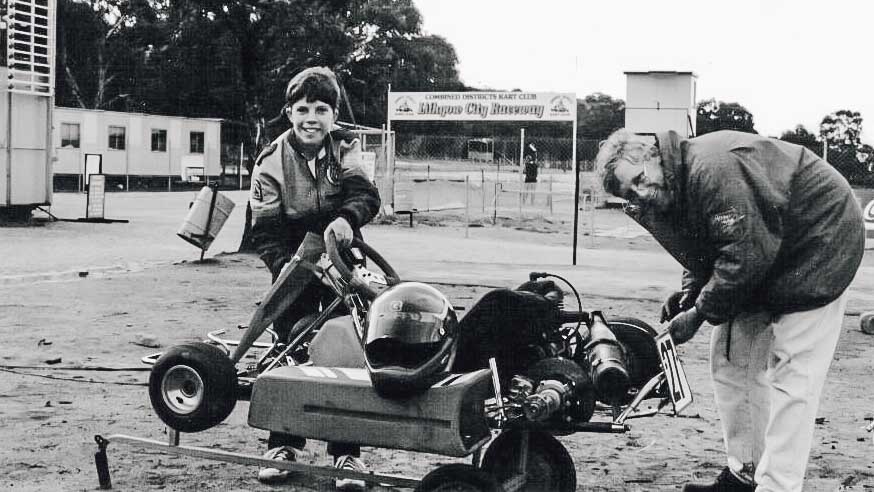 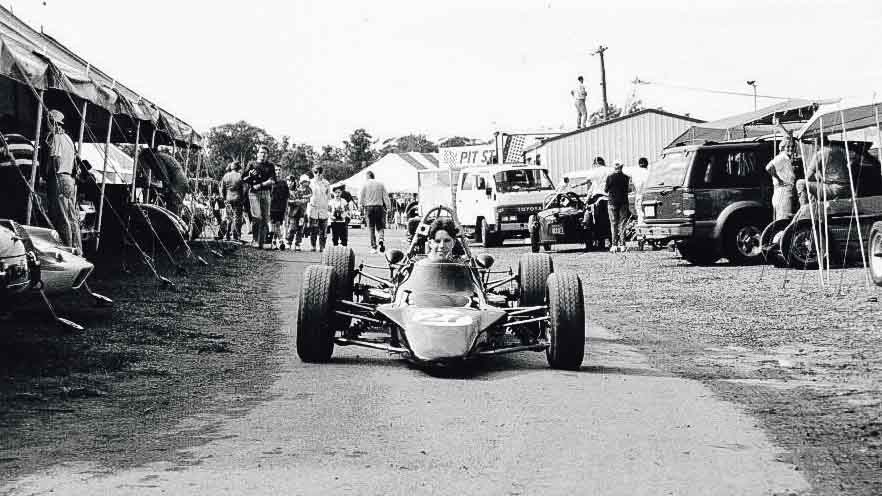 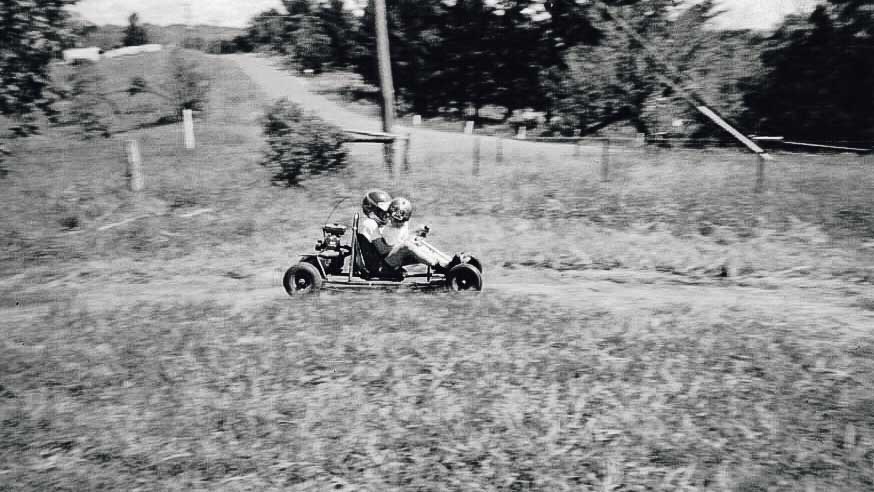 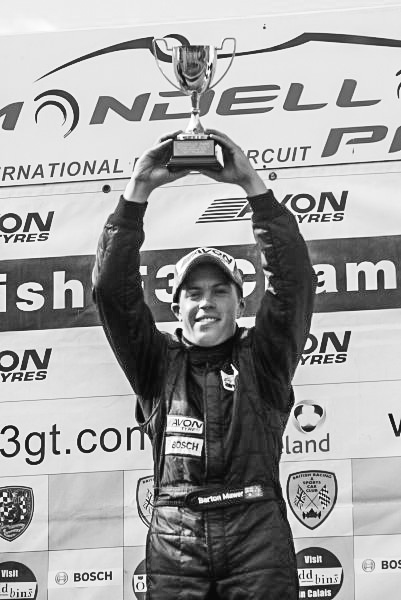 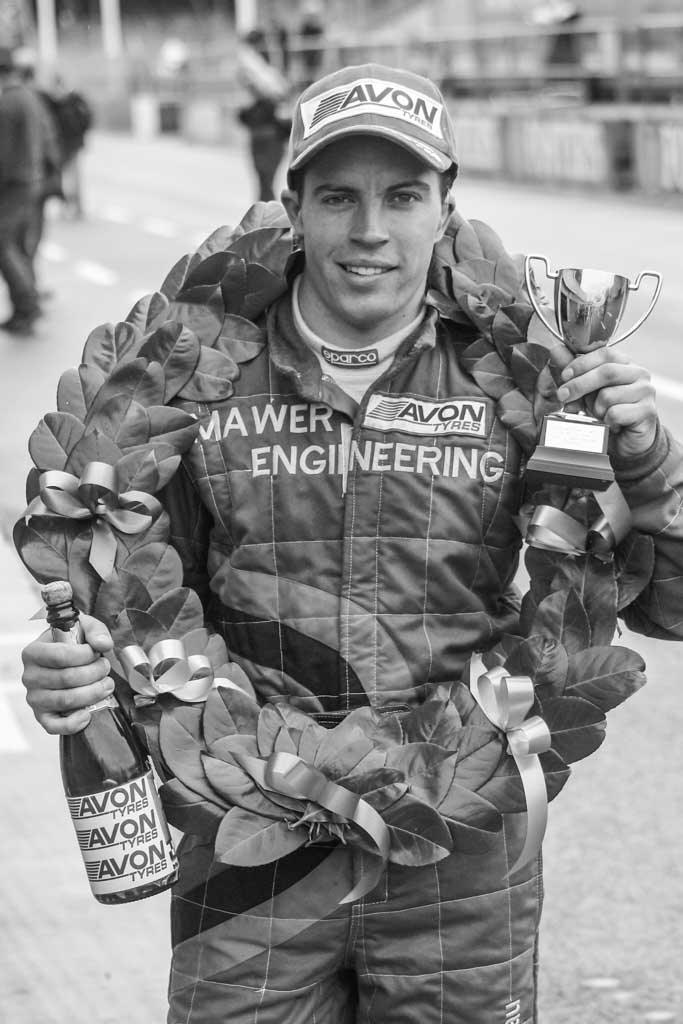 "It all started with go-karts on the farm"

As the son of respected Australian racing car constructor and engineer David Mawer, Barton began tinkering in his father’s Sydney workshop at an early age. He raced karts successfully throughout NSW in his teenage years, then graduated to car racing.

He raced one of his father’s Mawer Formula Ford open wheel racing cars that had previously won the national series twice during the 1970s. History was repeated when Barton drove the car to victory in the 1998 Australian Historic Formula Ford Championship with 11 race wins and setting four lap records.

Most of his rivals drove late-model ‘arrive and drive’ cars owned and prepared by professional racing teams. Barton and his father competed with their six year-old Mygale on a shoe-string racing budget. Nevertheless Barton showed great promise by placing just outside the top 10 in his rookie season on a National racing level.

Barton’s exceptional results earned him the Confederation of Australian Motor Sport’s nomination as NSW’s representative in the 2001 ‘Talented Driver’ scholarship at the Australian Institute of Sport.

He went on to win the scholarship over the other States’ most promising drivers including Will Power, who is now an Indycar Series driver, and West Australian Tony Ricciardello, who has won multiple sports sedan championships.

Bart began to attract a lot of attention in the motorsport industry and in 2000 he test-drove a Super Touring Toyota Camry fielded by leading Sydney race team Phoenix Motorsport. However he declined the team’s invitation to drive the car in the Australian Super Touring Championship in favour of concentrating on his open wheeler racing career.

However disappointing results in the early rounds of the national championship convinced him to cut his losses to preserve his meagre funds for another assault the next year. He spent a lot of time at the race track continuing to learn his craft including a test-drove of the powerful 6-litre Jaguar XJS Chevrolet of prominent NSW sports sedan owner-driver Barry Jameson.

Having quickly learnt it wasn’t possible for a part-time team to be competitive in the Australian Formula Ford Championship, Barton contested the 2002 series with his Van Diemen prepared and engineered by one of the professional teams. He was effectively a rookie competing on a national level scoring points in all but one round to finish an excellent 5th in the overall standings in the driver championship.

FORMULA 3 RACING CARS
A STEP UP TO WINGS AND SLICKS

With the solid Formula Ford result under his belt Barton took a step up into the Formula 3 series with its big aero and full slick racing tyres. In his first race meeting Barton served notice of his intentions with a podium result in the opening race of the final round of the 2002 Australian Formula 3 Championship at the demanding Surfers Paradise street circuit.

In 2003 he had the budget to race a six year-old Dallara Formula 3 open wheeler in the 2003 championship where he finished a superb second in the driver standards with four race wins and five pole positions.

Cary also opened doors at leading European teams that trusted his talent-spotting judgement. Sadly Cary fell ill and passed away in 2004, but Barton will always treasure his mentor’s friendship, advice and support at a pivotal stage of his motor racing career.

Barton’s 2004 plan was to contest the the British Formula 3 Championship, but even the ‘Scholarship’ class for year-old cars consumed his budget after just five of the 12 rounds. Nevertheless solid placings, including class wins and pole positions, in nine of his 10 races placed him fourth overall at the end of the series. A highlight was being presented with a trophy at Silverstone by triple World Formula 1 Champion Jackie Stewart.

Barton’s talent hadn’t gone unnoticed though and late in the season he was given a drive in an outright Championship class car for the British series’ international round at Spa-Francorchamps. He also scored a start at the prestigious Formula 3 Superprix in Bahrain.

He put the intense overseas racing experience to good effect when he resumed racing in Australia for 2005. In March, while Europe was still emerging from its freezing winter, he dominated the Formula 3 support races at the Australian Formula 1 Grand Prix. From pole position he won both races and set successive lap records for the Albert Park Formula 1 racing circuit. At the trophy presentation, British racing legend Sir Stirling Moss wasn’t concerned about Barton’s off-track excursion during one of the races. “You stayed on the black stuff only as much as necessary!” he quipped.

Much-needed financial support from the Australian Motor Sport Foundation enabled Barton to return to England for a full season in British Formula 3. This time he placed second in the renamed ‘National’ subsidiary class, with four race wins and several pole positions. His most memorable victory was at the famous Monza circuit in Italy and in a number of races he beat outright ‘Championship’ class drivers into the top 10.

In 2006 Barton ventured to the USA to drive in the Champ Car Atlantic series. However he was only able to contest three of the 12 rounds after a sponsor didn’t provide the agreed funding. One bright spot during his otherwise quiet racing year was a test drive at Silverstone in Australian Formula 1 World Champion Alan Jones’ A1GP car. The test led to his appointment as the Jones team’s reserve driver for the 2007 A1GP series.

Although he wasn’t called upon to race, just driving in the 410kW open wheeler and being involved in a recognised Formula 1 ‘feeder’ series were valuable additions to his motor racing portfolio.

Without enough funding for a full 2007 racing program either in Australia or overseas, Barton picked up one-off drives like the New Zealand Toyota Racing Series and three Australian Formula 3 Championship rounds. Victory in the prestigious Superprix at the Symmons Plains round showed that he hadn’t lost any of his speed and it led to a drive in the following year’s Porsche Carrera Cup series.

It was another change of direction in Barton’s motorsport career, but he adapted quickly to racing the Porsche racing spec supercars, placing an excellent 10th in his debut season in the one-make series.

Barton’s history of performance and results in 2007 in the high-profile Carrera Cup lead to his invitation to co-drive a Porsche 996 RSR with fellow Australian racing drivers David Wall and Damien Fleck in the 2008 Merdeka Millennium 12-hour race at the Sepang racing circuit in Malaysia. In the first of what has become many ‘racing driver for hire’ opportunities Barton helped the team to finish third outright in a field featuring a number of car manufacturer supported teams.

Barton has travelled the world to drive a number of different types of race cars on some of the most famous tracks in the world including;

One of Barton’s more unusual driving assignments was the University of NSW’s attempt on the solar-powered car world speed record in 2011. With his compact 61kg frame a distinct advantage in the featherweight machine, he set a new record at an environmentally friendly 88.8km/h.

From a tousle-haired young go-kart racer, Barton Mawer has developed into a consistently fast and dependable motorsport professional. His breadth of experience in Australia, Asia, Europe and the USA over the last 30 years has built up a wealth of experience behind the steering wheel and with the management of race teams.

Barton now concentrates his efforts on giving back to motorsport community through his personal Driver Coaching programs. Leveraging his 30+ years racing experience combined with his race car engineering he even helps teach the latest race track skills using a driving simulator and data analysis – combining your results on the track with the theory of a classroom.

A true racing driver at heart, Barton is ready to jump behind the wheel at a moments notice.